Sometimes it’s impossible to work in an environment where your CCTV monitoring is kept in an area separate from staff, for example, in bars, pubs and restaurants, on construction sites and any other workplace that can be fast-paced and lacking the space to have a separate area for your monitoring screens. Naturally in these instances curiosity can kick in, and before you know it your staff are regular viewers!

Watching CCTV footage back of your fellow workers can be funny; often there is something comical that occurs through the day and it’s almost irresistible not to quickly rewind the footage and have a joke about it with your co-workers. There’s no harm in that. However, as an employer you need to be aware of where the line has to be drawn with CCTV; including sharing content over social channels without permission.

CCTV footage is considered as personal data under the data protection act, and the act is explicit in saying that CCTV images can only be released for legal reasons and absolutely shouldn’t be put on the internet for entertainment purposes – this includes social media. As such it is important to exercise the proper measures and restrictions when it comes to usage of footage.

To help keep your staff in the know the CCTV Monitoring Team have put together a short list of do’s and don’ts for employees:

Following these simple rules allows everyone to know what the boundaries are with CCTV footage – and keep you safe from legal battles that can come from breaches in the Data Security Act.

For more information or to talk about CCTV monitoring solutions on your site contact CCTV Monitoring by email on: sales@cctvmon.com or phone: 01924 849 319

Get a FREE quote 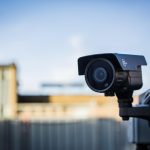 3 Ways GDPR has affected CCTV monitoring regulations since May 2018Articles